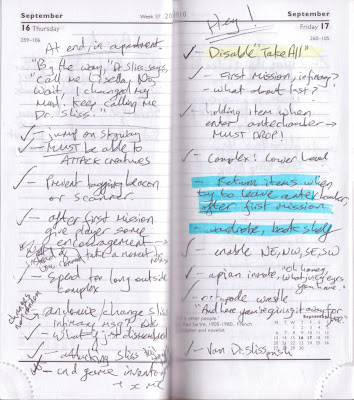 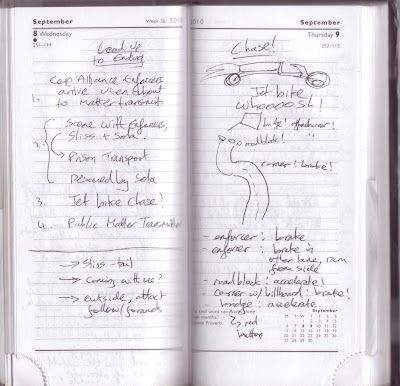 Still, the idea of coming up with better mission gameplay and expanding the game to involve alternate routes - including autonomy from or antagonism with Dr. Sliss – well, I find the notion theoretically appealing. On the other hand, if you want me to forget about a game and start focusing on other projects, a great way to do that is by making me keep silent about it for six weeks. And all I really wanted out of this was to make a small game and enter it in IFComp – on which count, mission well and truly accomplished.
Posted by Pacian at 21:56 2 comments:

I am writing up a post on Rogue of the Multiverse. But first I need to pour out a lot of words - and then, preferably, to delete half of them.
Posted by Pacian at 20:46 No comments:

Labels: My Games, Rogue of the Multiverse

The results are out: Rogue of the Multiverse came second in IFComp.

Now that the rule of author silence during the competition no longer applies, I suppose there's quite a bit I should post about: a proper release post for the game and an image in the sidebar, for example, and a discussion of my design decisions. I'd also like to post about some of my favourite entries to the competition. And a new release of the game with some bug fixes and a Windows executable version is probably in order.

Before I get around to all that, though, I'd just like to say a heartfelt thanks to everyone who played and rated my game, whatever rating you gave it, and to all those who posted reviews online. Please treat yourselves to a banana.
Posted by Pacian at 19:47 2 comments: